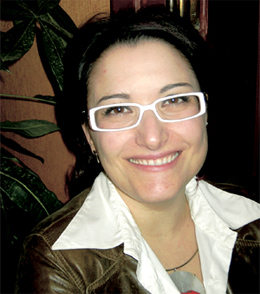 I am an investigative journalist and I hope to never stop being one. Or to stop in time.
I’ve been a member of the Ordine dei Giornalisti della Puglia (Journalists Association of Puglia) since 1998, and on the Register of Professionals since 2008. I’ve always, and only, carried the card of this, my professional association.
I’ve worked with: il Sole 24 Ore, il Fatto Quotidiano, Rai News 24, il Manifesto, Left, Narcomafie e Striscia la notizia.
In 2003, I founded the monthly research journal Il Tacco d’Italia (‘the Heel of Italy’) which was released continuously until December 2011. In 2004, I founded www.iltaccoditalia.info, one of the most popular online newspapers in Puglia (temporarily blocked by a hacker attack in November 2014).
In working on Il Tacco d’Italia I have helped start the journalistic careers of dozens of young people, teaching them that our only masters are our readers, our Code of Conduct and the Italian Constitution, our secular Bible.
Between 2007 and 2012 I have been threatened by organized crime over my investigations into the waste business and the real estate speculation going on in protected areas. This is also why I have involved myself in the “Ossigeno per l’informazione” (“Oxygen for information”), the National Observatory on journalists who have suffered threats, directed by Alberto Spampinato. My story, along with those of Ester Castano, Marilena Natale and Luisa Betti was used as an example by Ossigeno per l’informazione, and the President of the Republic, Giorgio Napolitano, who called for the protection of freedom of information.
I’m on the national executive of “Giulia giornaliste”, the association engaged in opposing discrimination against women and stereotypes conveyed through a distorted use of language and images.
I have twice won the “Champion, Journalist of Puglia”: in 2010 for an investigation into the assets confiscated from the Mafia and in 2012 for a report from the refugee camps of Manduria. I also won the prize “Talento donna” in 2009; and was a finalist for the Ilaria Alpi BIOCR award (Best International Organized Crime Report award) in 2011. This year I was awarded the prize “Renata Fonte” for my work on the law and non-violence.
In 2001, I founded IdeaDinamica, a social media marketing and communications agency which, in 2009, became a cooperative of journalists (www.ideadinamica.com).
Prior to “Xylella Report” I have written three books and made two documentaries:
“Paradossi” (“Paradoxes”) (Capone Publisher, 1991)
“Sangue di quella terra – storia d’eroi d’Arneo” (“Blood of the land – the story of heroes of Arneo”) (Lupo Editore, 2007)
“Il sistema – l’intreccio di interessi economico-politici all’ombra dell’omicidio di Peppino Basile” (“The system – the interplay of economic and political interests in the shadow of the murder of Peppino Basile”) (Il Tacco d’Italia Editore, 2009)
“Fortress Europe – voglia di muro” (Rai News 24, 2011)
“Human Subjects. Welcome to Europe”, a feature film in English, shot in Italy, Holland, Belgium, Greece and Turkey, funded by the Ilaria Alpi – BIOCR finalist prize and by the network Flair-Free (2011)
I graduated in Modern Literature, specializing in Social Communication, at the Catholic University of Milan, from where I also obtained a Diploma in film and television directing and screenwriting. And then, at the University of Salento I obtained a Masters degree in cultural communication.
Gerardo Adinolfi of La Repubblica wrote about me, about my professional commitments and of the threats I faced, in his book ““La donna che morse il cane” (Woman Bites Dog”).
I choose to live on the frontier, in the heel of Italy, Finis terrae, Salento. I share this professionally difficult choice with my husband, our two children (and two dogs and some chickens). I love my land even when, in writing about the Sacra Corona Unita, political corruption and dirty white-collar crime, that love is not reciprocated.