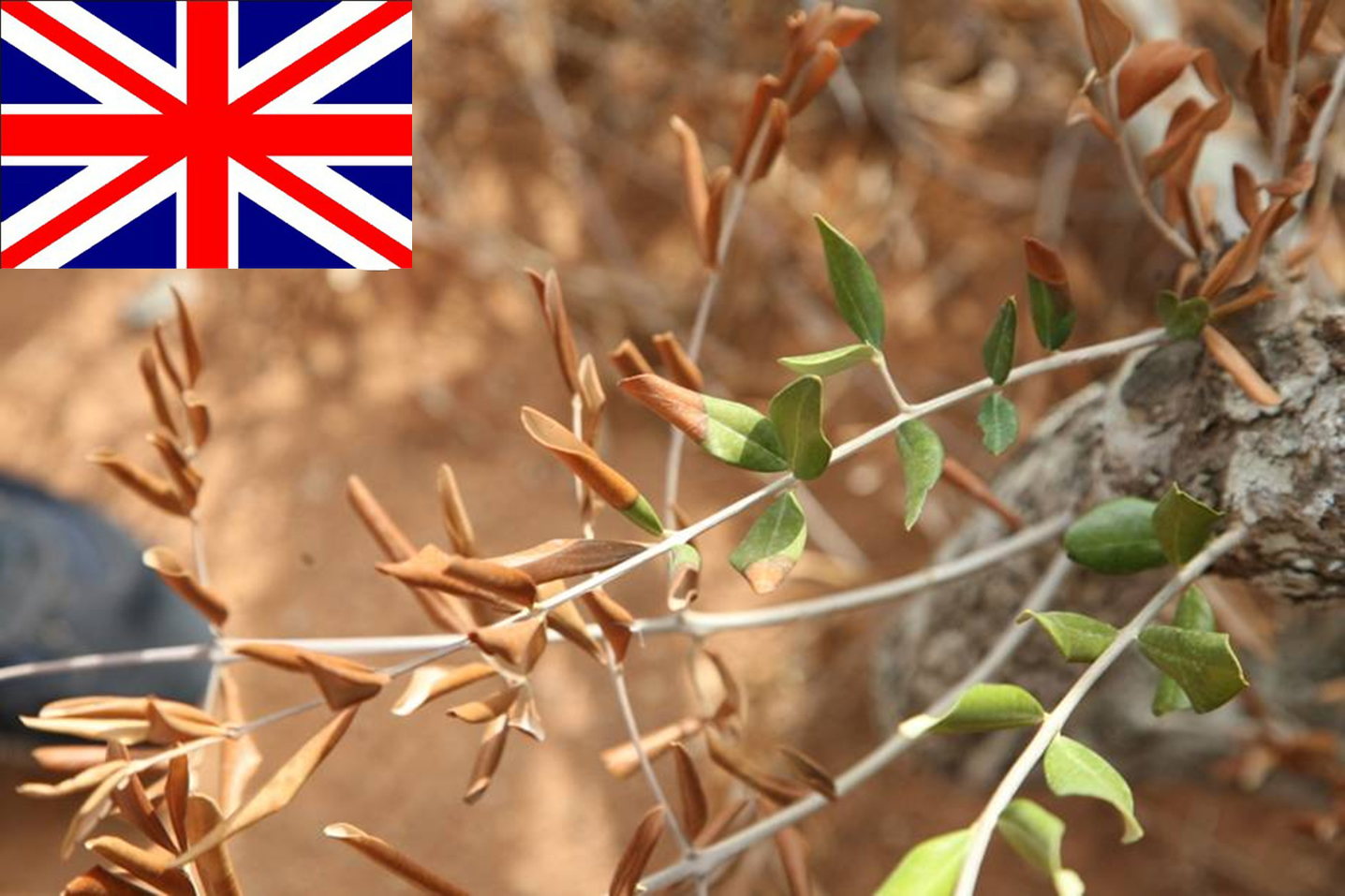 Dr. Virgilio, up to now, has the pathogenicity of the bacteria not yet been proven?
“Exactly so. We still lack the proof of pathogenicity. Up to now, an association between Xylella and the rapid desiccation  syndrome (CoDiRO) has been demonstrated, but not a cause and effect relationship.”

On the basis of reports by European inspectors in the laboratories in Bari, EFSA (the European Food Safety Authority) writes that the tests that “certify” the presence of Xylella are not reliable. Is that true?
“All diagnostic tests have a specific degree of reliability that depends on the percentage of false positives and false negatives. The reliability of molecular diagnostic tests used for Xylella can be calculated with appropriate experimental procedures. From the data presented in the scientific literature on Xylella fastidiosa in Puglia, it would seem that both the PCR test and the ELISA test are virtually infallible. But this is simply not possible. In particular, the PCR test is based on a very simple molecular technique and can give false positives due to both the intrinsic limitations of this type of test, and the low number of markers utilized (probably 2 or 3, but the procedure currently used in the field is not clear). The reliability of the PCR test need to be evaluated with greater precision because it is highly probable that the percentages of error are different from those given in the literature on Xylella fastidiosa in Puglia. Furthermore, the EFSA inspectors have expressed perplexity over the laboratory protocols used at CRSFA in Locorotondo (The Basile Caramia Center for Research, Experimentation and Training in Agriculture, http://www.crsfa.it/), where the technicians repeatedly hand-copy the codes for each sample, rather than using, as they should, a codified system of colors for interpreting ELISA results.”

It appears that the syndrome can be induced by inoculating healthy plants with Xylella.  However, these results come from tests conducted in the lab, carried out on small olive shrubs in planters which are inoculated with massive levels of Xylella.

Despite the isolation of the bacteria and the infection of healthy plants, the requirements of Koch’s postulates have not yet been fulfilled and we still cannot formally speak of the pathogenicity of Xylella in olives. Concerning the period of time required to isolate the bacteria, the article by Elbaina et al, 2014(a) reports that the olive samples used in the experiments were collected in the area around Gallipoli between October and November 2013 and the first results of the isolation tests were obtained 60 days later (a low estimate which does not count the days dedicated to genetic analysis). So the results came in the first months of 2014.”

On the basis of the publications that you analyzed for us, what has been found concerning the insects that transmit Xylella? Is it the fault of the spittlebug?
There is a lot of uncertainty concerning the insect vectors. Up to now, four principal candidates have been indicated, because they have tested positive for Xylella, because they are abundant, and because they can infect other plants besides the olive (this is certainly true in the case of the meadow spittlebug).

The important point is that very little is still known about the ecology of the vectors.

Having an accurate knowledge of the ecology of a vector means being able to predict the size of its zone of activity and then take precautions to impede its movement from one plant to another, passing on the infection.

Unfortunately we know little or nothing about the distance that each of the potential vectors can travel. We also have to consider the human factor (anthropogenic transport), for example, the farmer who loads infected wood onto his truck and takes it into town to burn it in his fireplace at home a year or two later.

We don’t understand the basis upon which the dimensions of the EU eradication zone and the “cordon sanitaire” were fixed. In the most optimistic hypothesis, this it was done by following mathematical models (which were proposed during a  conference in 2014). If this were indeed the case, it would nevertheless not be a very reliable basis because it was based on uncertain parameters, unsupported by an adequate knowledge of the olive syndrome or the ecology of the possible vectors.”

Have I understood correctly that the transmission tests of the insect (the spittlebug) to the olive tree failed?
“Yes, at least as far as concerns the literature published up to now. They succeeded in infecting the periwinkle but not the olive tree. The olive tree was infected but only by directly injecting the bacteria in liquid suspension into small olive plants in planters. When and if scientists succeed in clarifying the role of the spittlebug or other vectors in the infection of plants, we should be very careful about the measures taken to limit infection. EFSA itself, in its second-to-last report, warns of the risks of the use of insecticides, which could increase rather than diminish the abundance of potential insect vectors.”

On the basis of the scientific publications you have analyzed, has it been proven that Xylella always causes CoDiRO? I mean, is it automatic that Xylella causes drying-out of the plants, or can Xylella infection be latent and asymptomatic?
“The situation is very complex and the scientific data is still insufficient. We have Xylella-positive plants that do not develop the syndrome, as well as sick plants in which Xylella is not present. We are using diagnostic tests (sometimes carried out with less than perfect precision) of uncertain reliability. In the Xylella infections described in California, grapevines that appear symptomatic in the summer can seem to “heal” during the winter. This noted phenomenon is described in a recent article written by one of the major experts (Purcell, A [2013], Paradigms: Examples from the Bacterium Xylella fastidiosa, Annual Review of Phytopathology, 51, 339-356). Purcell states that Xylella “regulates itself, that is, it infects the plant but does not cause its death”. If the same dynamic were to be proven for the infections that strike the olive tree (and, from what you find on the internet, it seems this could happen), then we might be cutting down olive trees that could potentially be restored to health. The reasoning that one should “cut down the olive trees to reduce the diffusion of the bacteria” is not valid from a scientific point of view because:

1) the scientific basis is weak or non-existent;

2) cutting down sick trees (or grapevines, in the case of California) has not yet produced appreciable results (“inefficacy of diseased plant removal”, to cite Purcell).

To summarize, then, in this whole matter, there is strong, weak, and extremely weak scientific evidence. The presence of Xylella in Puglia’s olive orchards is adequately proven by scientific data. The published data tells us that there is Xylella, and it is somehow implicated in CoDiRO. Still, we are not yet able to establish that it is exactly Xylella that causes the syndrome or whether some other pathogen, after having infected the plant, creates conditions favorable to the establishment of Xylella. Paradoxically, the cause/effect relationship between Xylella fastidiosa and CoDiRO has only a relative importance, because the mere presence of the bacteria (which is a quarantine species) is sufficient to sound the alarm bell at the European level. The main weakness is in the measures taken to impede the diffusion of Xylella. From a logical point of view the containment strategies should be based on indications furnished by scientific research (both recent research done on Xylella in Puglia, and “historical” research done in California). In the case of Puglia, very aggressive measures are being proposed, depending essentially on eradication and insecticides, without truly furnishing the scientific supports required for using those strategies.”